BE THE FIRST TO KNOW!

Get all the latest information on Events, Sales and Offers. Sign up for the KyGunCo newsletter today. 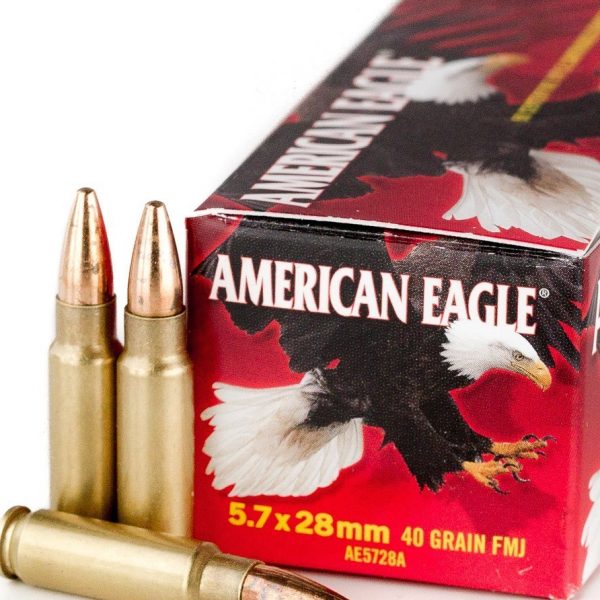 The 5.7x28mm cartridge has been out for some time. Development started around 1986, then officially introduced in 1990 as the SS90. The main commercial platforms for this cartridge have been the FN FiveSeven Pistol and the PS90 rifle. There are other manufacturers that produce firearms that will feed the 5.7x28mm, but the caliber is mainly associated with FN’s firearms. And with good reason, the PS90 and the FiveSeven pistol was developed around the 5.7 cartridge. The association of the 5.7 caliber with these two main firearms also contributes to the main problem of the 5.7x28: it has a popularity problem with American consumers. It appears this issue will be addressed in 2020 as several American firearms companies have an affordable 5.7x28mm in their pipeline!

The problem is not quality, as FN has always been a notch above the rest in that department. The main problem is the affordability of the 5.7x28mm main platform(s). With the average pistol price in the US being around the $350-$450 range, FN’s $1200 FiveSeven pistol is above the industry average in price. We believe this has held back the majority of potential firearm buyers from exploring the possibility of adding a 5.7 chambered firearm to their arsenal. The second problem is that both firearms are very European-ish. The pistol has a look only a mother can love, and the safety is in a weird un-American position on the firearm. The rifle is a well-designed bullpup, however the bullpup design in general does not attract the attention or sell in the volume the competition does.

If you really look at the features of the 5.7x28 round it has everything the consumer wants. It is a low recoil round that has an effective range out past 220yrds (according to FN), and a maximum range of 1900+ yards when fired from FN’s PS90 (according to FN). This round can be fired from a pistol and rifle platforms and can zip along at 2300+FPS. On top that the rebated rim casing for the .224” bullet has a diameter 7.95mm, which translates into skinny casings taking up less room in the magazine, thus increasing the capacity beyond equally sized 9mm magazines.

So why haven’t American firearms companies embraced the 5.7 round? First might be the perceived notion that the 5.7 round is a “Cop Killer” round and will penetrate Kevlar vest. This is only true in the steel core bullets that FN produces and are not available to the consumer market. Another barrier was the price of the ammo when FN was the only manufacturer of the ammo. Now Federal has started making the 5.7x28 under the economical American Eagle brand. They will also be introducing a Speer Gold Dot load for self-defense in 2020. We expect Winchester, Hornady, and Remington to follow suit if the 5.7 round has a break-out year as we predict.

“What are customers looking for?” is a question we get asked frequently from firearms manufactures. An affordable, Americanized 5.7 pistol has been on our top 5 list for quite some time, and we believe our prayers will be answered in early 2020. So confident that we would be willing to bet our best hunting dog on it. When this happens in 2020 (notice we didn’t say “if”) it won’t be long before you see other manufactures bring out more pistols in 5.7x28. There are rumors of at least three other firearms companies that have a 5.7 pistol in development. This will lead to more acceptance of the cartridge, thus more production of the ammo, which leads to better pricing for 5.7 round and firearms.

The 5.7x28mm is currently in service with military and police forces in over 40 nations throughout the world, including the U.S. Secret Service. If it’s good enough for them, perhaps you should consider a 5.7x28mm firearm for yourself.